Concourse is a 100% open source CI/CD system with approximately 100 integrations -- Resource types -- to the outside world. Concourse's principles reduce the risk of switching to and from Concourse, by encouraging practices that decouple your project from your CI's little details, and keeping all configuration in declarative files that can be checked into version control.

Thanks to Alex Suraci for inventing Concourse CI, and to Pivotal and now VMWare for sponsoring him and a team of developers to work since 2014. 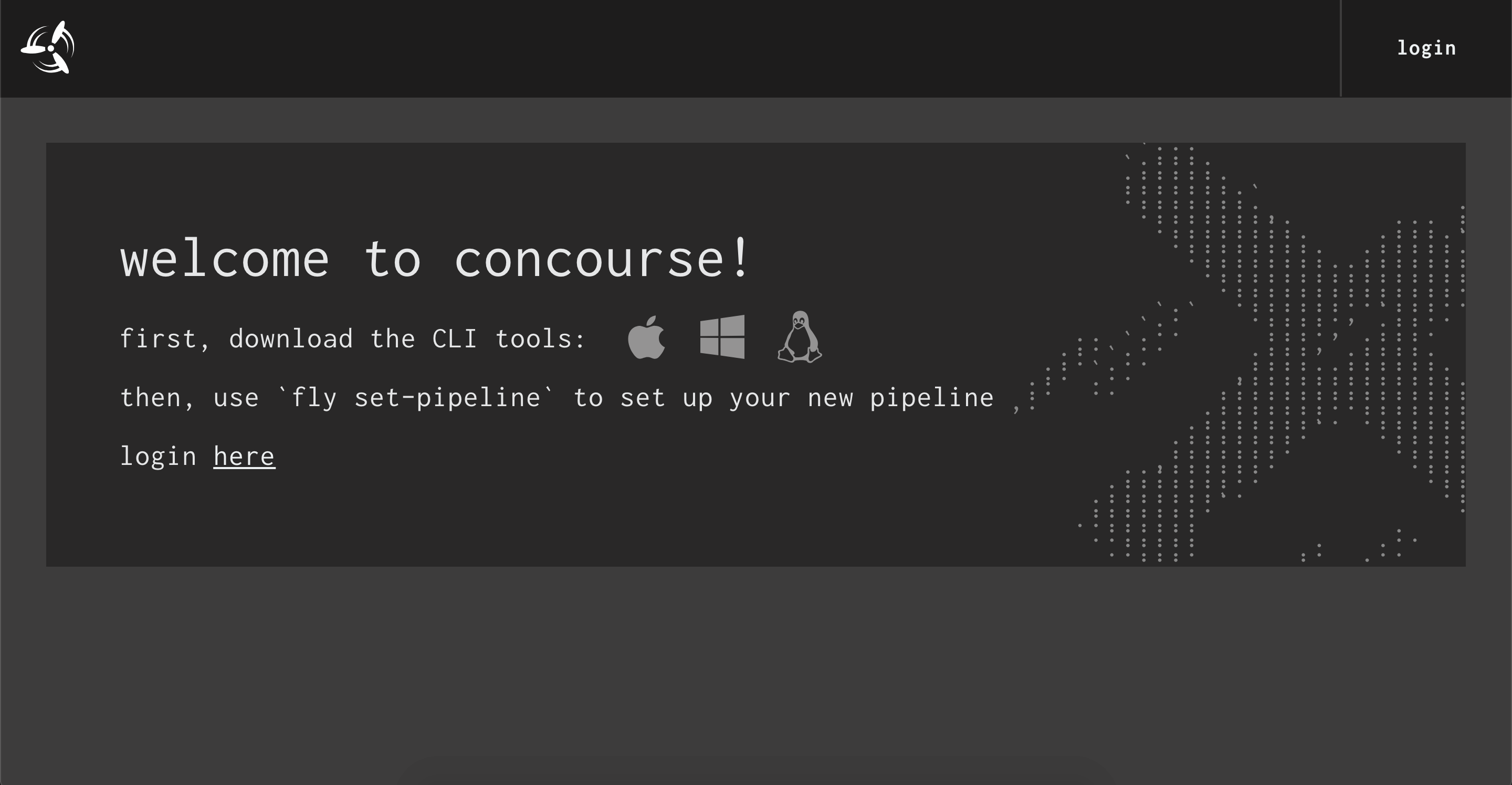 In keeping with the philosophy of clarity, all the fly commands in this tutorial will use the long form names for its command operations. If you get tired of typing out the command operation all the time, you can lookup the command's alias using fly help command. Most fly operations have an alias and as a bonus, you also get a short operation description!

There are also long and short forms for options as well for fly operations. To see an operation's parameters and options place --help or -h after the operation parameter.

Now, isn't that nicer to read and type!