So far our pipelines' tasks' inputs have only come from resources using get: resource-tutorial build plan steps.

A task's inputs can also come from the outputs of previous tasks. All a task needs to do is declare that it publishes outputs, and subsequent steps can consume those as inputs by the same name.

A task file declares it will publish outputs with the outputs section:

If a task included the above outputs section then its run: command would be responsible for putting interesting files in the some-files directory. 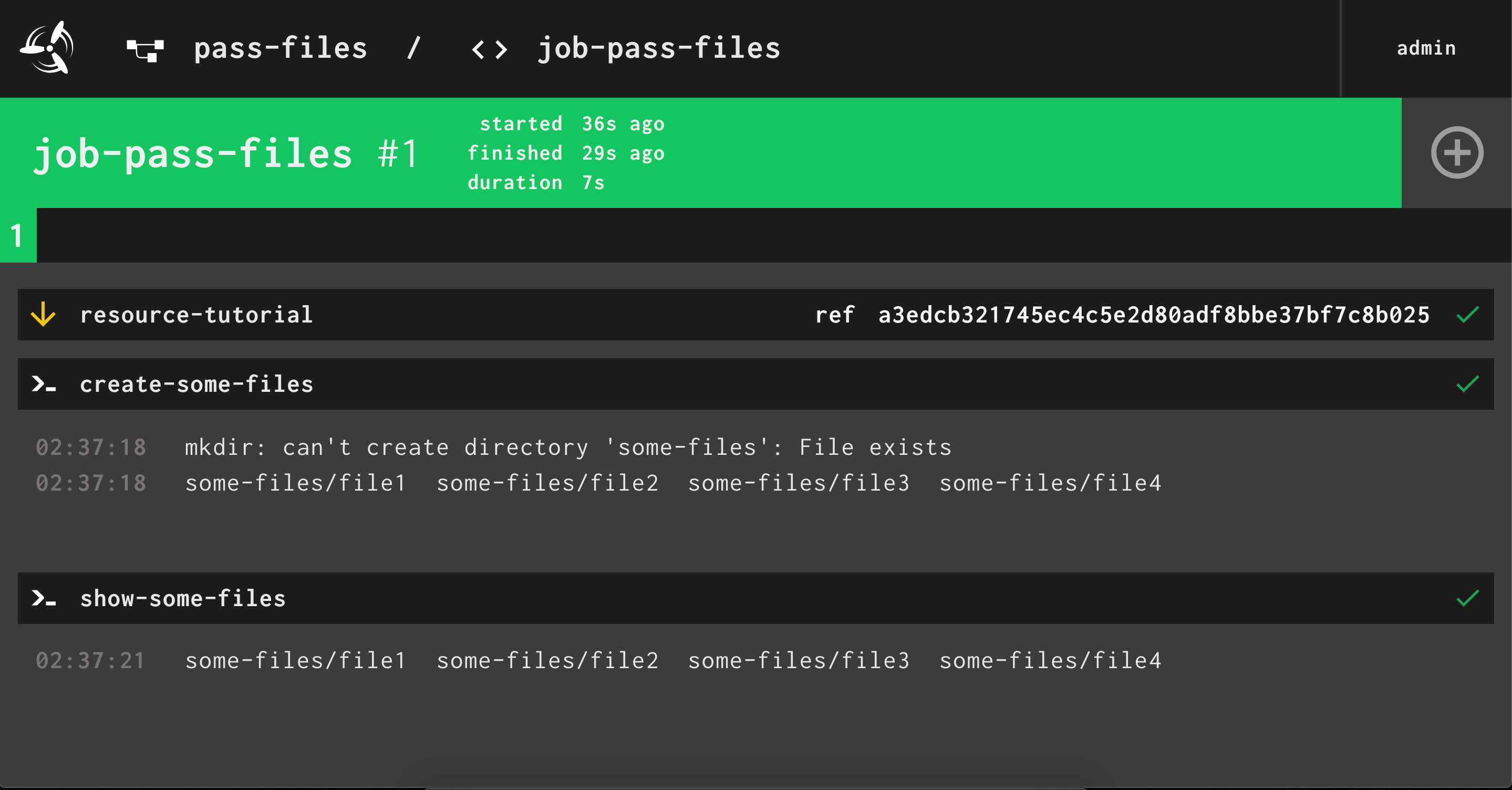 The former creates 4 files into its own some-files/ directory. The latter gets a copy of these files placed in its own task container filesystem at the path some-files/.

The pipeline build plan only shows that two tasks are to be run in a specific order. It does not indicate that some-files/ is an output of one task and used as an input into the next task.

This is a demonstration that if a task includes outputs then those output directories are pre-created and do not need creating.